New York, New York - what have you done? 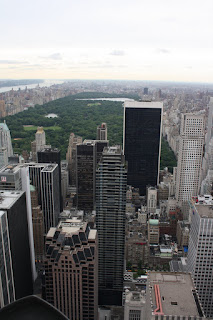 While Finland still rules the world of education, according to the Pisa tests, without much of a student testing, United States (and many other countries as well) still believe in standardized tests. The latest news comes from New York.

According to the Wall Street Journal the state of New York has ordered to release student test data with teachers' names attached. New York officials obviously believe that the teachers can really make miracles. United States is among the countries where social disparity is one of the greatest in the western world. It is well known that where social disparity grows, the learning goes down. So, how can they compare the pupils of Fifth Avenue to the pupils of, say, Upper West Side or Bronx.

The much discussed Finland phenomenon is really about keeping all the pupils, the whole age group, at the same level of learning. There are really few, if any, drop outs in Finnish schools. That is the trick. Finland doesn't have all the greatest students in the world, but social disparity in Finland is really one of the lowest in the world and we want all the children to achieve good results.

I hope, both for the pupils' and the teachers' sake, that the state of New York will re-evaluate their decision and instead of releasing the student test data and the teachers names - will release the students and their teachers from the standardized tests.

In case you want to learn more of the Finnish education system, you may want to check Finnish educator's and CIMO director Pasi Sahlberg's article Lessons from Finland.
Lähettänyt Esa Kukkasniemi klo 23.37