Have you ever experienced a happening (scout camp, festival, hike or whatever) that you would want to last for ever. I have. I've been to a numerous camps and other overnight trips that have been emotionally so strong that it has been a little hard to get back to your normal routines.

This week has been one of those experiences. I was not camping with a great team that got so close that it was hard to say goodbye. I was in a convention! Yes! ICP2015LED convention in Helsinki. I understand your surprise. How can that be emotionally touching? I'll explain. 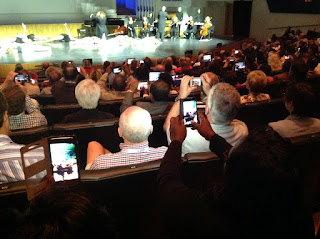 ICP2015LED was a huge convention for principals held at the Finlandia Hall in Helsinki earlier this week. ICP is the International Confederation of Principals and LED means Leading Educational Design. ICP was last in Helsinki 16 years ago in 1999. So, it is not an everyday event.

This year 1200 principals from numerous countries (Australia, USA, Uganda, Kenya, South Africa, Canada, New Zealand, China, Japan etc.) from all over the world travelled to Helsinki to discuss about leading the educational design. 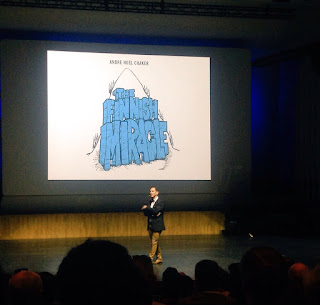 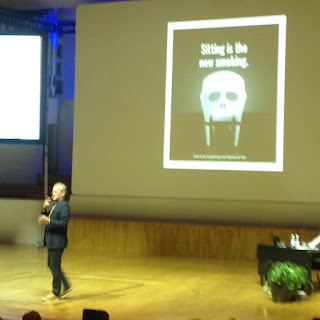 I took the whole menu. I saw everything I possibly could. This was once in a lifetime opportunity to hear world class keynotes and experience real international atmosphere BIG TIME.

Why I think it is important for a principal to spend four days in a convention like this? I believe that we as principals need to have a clear picture of what is going on in the field of education. We need to know why we are here and where the world of education is going. We, as the topic of the convention says, are educational designers. We lead the change in the education. In Finland at the moment it means eg. the curriculum 2016 project, the use of ICT, fighting against sitting etc. Sitting is the new smoking, said Sahlberg ;-) This is a topic that has been raised by the curriculum 2016, Finnish government, Ministry of Health etc. etc.

During those four days at the Finlandia Hall I had wonderful discussions with people from all over the world. I discussed about the school system of Kenya with a Kenyan principal and got a better vision why they are organizing their schools like they are. I talked with the Australians and learned from them. I had a nice conversation with a principal from Uganda. He was leading a school of 2000 pupils. I also talked to Finnish experts and numerous other Finnish principals.

In the evenings we had a ceremony at the Helsinki City Hall and a gala dinner at Hotel Kalastajatorppa. That was a less formal way of connecting with these wonderful people. We all felt we are doing an important work. The children were on focus all of the time. The wonderful pupils of Finnish schools were also performing at the convention and the gala and other ceremonies. What a talent we have in our children. The future is theirs'. 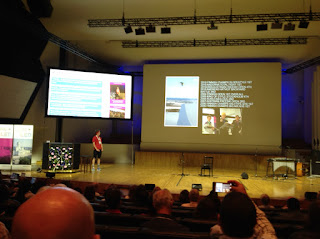 The keynote of all the keynotes was the last one. It was held by a Finnish free skier Pekka Hyysalo who had a major injury in April 2010. He paralyzed but has fought his life back ever since. He didn't give up and believed in his dreams. He dreamed of walking, running, skiing, running a marathon etc. He and his wonderful, positive personality made a huge impact on the convention guests. At the end of his speech the audience gave a long standing ovation to this young man.

For four days (and almost the nights too) we as principals lived and breath the same air of our dream of the better world through a better education. We learned from each other, we laughed and talked and shared our knowledge and vision of the better education. For four days we were united. I hope we all carry the spirit of Helsinki back to our home towns and our schools.

I want to thank the Finnish ICP2015LED committee for their 2,5 years work. It was definitely worth it! I wish to thank all my colleagues from all over the world for sharing your thoughts. What a great time we had!

ps. Why is there "no niin" in the topic? At the convention quite a few keynote speakers had learned a few words of Finnish - of course. Mr. Chaker who is married to a Finnish woman taught the audience two ways of saying "nonsense" in Finnish: "höpö höpö" or "hölö hölö" and an other speaker had learned why the Finns always start with a phrase "no niin" ("well"). It means that something is about to begin. It is the first phrase many people say when they are about to say something ;-)

No niin, I wish this convention was a start of something BIG. A revolution of education!
Lähettänyt Esa Kukkasniemi klo 17.29 Ei kommentteja: